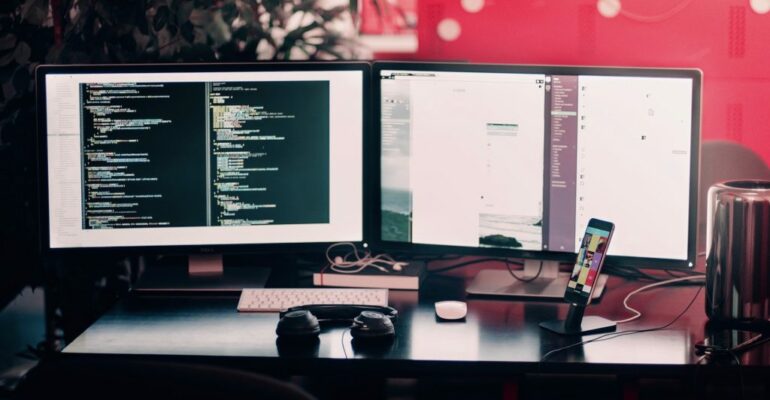 DevOps tools help you deliver high-speed and quality software at the pace of business, drive continuous delivery and automation, implement continuous integration and accelerate software release in a cost-effective way. In fact, DevOps is an integral part of every tech-savvy business and brings a new perspective to software development. As DevOps technologies are increasing, it can be a challenge to know which tool is best for your team. So how do we choose the right tools?

So, let’s take a look at some of the hottest DevOps tools out there!

GitHub provides hosting for software development version control using Git. In a DevOps Tools context, allows to align development and operational teams on the same source code management tool. In concrete terms, it helps to know the different modifications of the code and the authors of these code modifications.

Terraform is an open-source infrastructure tool for developing, changing and versioning efficiently. Terraform can manage existing and popular service providers as well as custom in-house solutions. Terraform has become more popular because it has a simple syntax that allows easy modularity and works against multi-cloud. One Important reason people consider Terraform is to manage their infrastructure as code. Infrastructure as code is also a key and foundation for DevOps practices such as version control, code review, continuous integration and continuous deployment. Terraform is one tool to consider because of its excellent features and exceptional reasons when compared to other similar tools.

Using Amazon Lambda, you can run code for virtually any type of application or backend service – all with zero administration. Just upload your code and Lambda takes care of everything required to run and scale your code with high availability. You can set up your code to automatically trigger from other AWS services or call it directly from any web or mobile app.

Jenkins is an automation server that is written in Java and is used to report changes, conduct live testing and distribute code across multiple machines. As Jenkins has a built-in GUI and has over 1,000 plugins to support building and testing your application, it is considered a really powerful, yet easy to use tool. Jenkins integrates well with practically every other instrument in the continuous integration and continuous delivery toolchain.

Jenkins X builds upon the DevOps model of loosely-coupled architectures and is designed to support in deploying large numbers of distributed microservices in a repeatable and manageable fashion, across multiple teams. Jenkins X supports all major cloud platforms including Amazon, Azure, Google, IBM Cloud, OpenShift and Pivotal. It is a sub-project of Jenkins and uses automation, tooling and DevOps best practices to increase development speed and improve CI/CD.

Grafana is an open source solution for running data analytics, pulling up metrics that make sense of the massive amount of data & to monitor our apps with the help of cool customizable dashboards. Grafana connects with every possible data source, commonly referred to as databases such as Graphite, Prometheus, Influx DB, ElasticSearch, MySQL, PostgreSQL etc. It helps us track the user behaviour, application behaviour, frequency of errors popping up in production or a pre-production environment, type of errors popping up & the contextual scenarios by providing relative data.

Prometheus is an open source monitoring and alerting toolkit for containers and microservices. The project is a hit with lots of different organizations regardless of their size or industrial sector. The toolkit is highly customizable and designed to deliver rich metrics without creating a drag on system performance. Based on the organizations that have adopted it, Prometheus has become the mainstream, open source monitoring tool of choice for those that lean heavily on containers and microservices.

Kubernetes is the most widely used orchestrator on the DevOps market. The goal is to make deploying and managing complex distributed systems easier for developers interested in Linux containers. It was designed by Google engineers experienced with writing applications that run in a cluster. Kubernetes allows to harness more computing power when running software applications. It automates the deployment, scheduling, and operation of application containers on clusters of machines—often hundreds of thousands or more—in private, cloud or hybrid environments. It also allows developers to create a “container-centric” environment with container images deployed on Kubernetes or integrate with a continuous integration (CI) system.

Docker is currently leading the container management tool segment. It automates and standardizes the deployment of applications to manage software parts as isolated, self-sufficient containers, which can be deployed and run in any environment. Docker reduces back and forth between Dev and Ops in Continuous Deployment, which eliminates overheads and cuts operational costs.

Kops is an official Kubernetes project for managing production-grade Kubernetes clusters. Currently,  Kops is one of the best tools to deploy Kubernetes clusters to Amazon Web Services (AWS). It has commands for creating clusters, updating their settings, and applying changes. Kops uses declarative configuration, so it’s smart enough to know how to apply infrastructure changes to existing clusters. It also has support for cluster operational tasks like scaling up nodes or horizontally scaling the cluster.

Netstat is a command-line network utility that displays network connections for Transmission Control Protocol, routing tables, and a number of network interface and network protocol statistics.

Iotop is an open source and free utility similar to top command, that provides an easy way to monitor Linux Disk I/O usage details and prints a table of existing I/O utilization by process or threads on the systems.

Strace is a diagnostic, debugging and instructional userspace utility for Linux. It is used to monitor and tamper with interactions between processes and the Linux kernel, which include system calls, signal deliveries, and changes of process state.

Curl is used in command lines or scripts to transfer data. It is also used in cars, routers, printers, audio equipment, mobile phones, tablets and is the internet transfer backbone for thousands of software applications.

Ngrep is a network packet analyzer that has a command-line interface, and relies upon the pcap library and the GNU regex library. Ngrep supports Berkeley Packet Filter (BPF) logic to select network sources or destinations or protocols, and also allows matching patterns or regular expressions in the data payload of packets using GNU grep syntax, showing packet data in a human-friendly way.

Telnet is a client-server protocol, based on a reliable connection-oriented transport. Typically, this protocol is used to establish a connection to Transmission Control Protocol (TCP) port number 23, where a Telnet server application (telnetd) is listening. Telnet, however, predates TCP/IP and was originally run over Network Control Program (NCP) protocols.

Samba is a free software re-implementation of the SMB (also known as CIFS in some versions) networking protocol. Samba provides file and print services for various Microsoft Windows clients and can integrate with a Microsoft Windows Server domain, either as a Domain Controller (DC) or as a domain member. Samba is standard on nearly all distributions of Linux and is commonly included as a basic system service on other Unix-based operating systems as well.

Network File System (Nfs) is a distributed file system protocol originally developed by Sun Microsystems in 1984, allowing a user on a client computer to access files over a computer network much like local storage is accessed.

What other DevOps Tools are you missing? Join the discussion and let us know